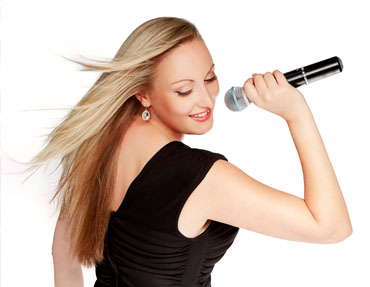 My younger years I come from a musically minded background. My parents enjoyed a wide variety of different music genres and I fondly remember going to listen to live groups and bands in the local area from a young age. My father was a keen music sound engineer and has always encouraged my musical abilities as well as teaching me about the IMPORTANCE OF SOUND QUALITY!

I have always been interested in various areas of music and I actually started playing classics on the violin from about the age of 12, but later decided to concentrate more on singing, as that was my real passion! I was involved in plays and concert performances throughout my school and college years.

At the age of 16, I was lead singer of a band ‘Crimson Ice’ performing covers. We included songs from 1940’s to 1990’s, but liked to make the songs our own and sometimes add a little twist. After a few successful years and lots of happy memories we disbanded due to relocation of one of the members. Only a short time later, I missed being in the spotlight, so after some re-organising of the group, we found new members and became ‘FEVER’ with an addition of Nicola (my younger sister), on rhythm guitar and backing vocals. We ’gigged’ together for several years which I enjoyed very much.

After setting up to work much more locally, sadly for me, my younger sister Nicola moved to Australia so gigs were quiet for some time. However, with the formation of our new act, The Dream Belles with Miss Lucy Crunkhorn and her FABULOUS VOCAL TALENTS - we’re getting busier and busier all the time! With most venues rebooking straight away and new clients contacting us from recommendations!

Some of my favourite performance moments

Winning 1st place in a competition and being able to perform to thousands of spectators at Boston’s Part in the Park.

Being the warm up act for UB40, Soul2Soul, HeatWave and Aswad at a weekend music festival in Devon. Nicola and I had VIP treatment and we felt like pop stars for the whole weekend!

To sum things up

Whether I’m performing 40s to 90s, or Abba - I love it…… Any excuse to put on a costume, lots of make up and have a real good time! 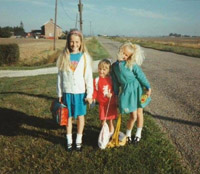 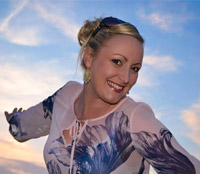 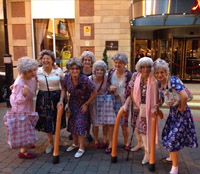 Out with the girls 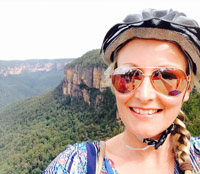